By Jessica Walsh & Briana Lawrence
I know of the Storyteller, it whispers into the man’s ear, I’ve met him. If you promise not to kill me, I’ll take you to him.

Alix Andre DeBenit and Randall Fagan are Hunters, part of a hidden network of humans who track and kill the monsters lurking in our world so everyone else can pretend they don’t exist. But when a living shadow mentions someone called the Storyteller, Alix hesitantly decides to learn more.

They say the Storyteller lives in a massive library full of books that tell every being’s life story. He can read these books, rewrite them and change anything he wants, even if it’s already happened. That’s the power Alix wants, the power to bring his murdered family back and he’s determined to make the Storyteller do it.

He just has to decide if working with the very creatures he’s supposed to kill is worth it.
Purchase Links:
Amazon: http://www.amazon.com/Seeking-Storyteller-Jessica-Walsh-ebook/dp/B00HCJP0PM/
Solstice Publishing: http://solsticepublishing.com/seeking-the-storyteller/
Etsy (signed copy with bonus): http://www.etsy.com/listing/186904208/seeking-the-storyteller-a-hunters-novel
Also available on Barnes & Noble and other online sites!

Haven covered his ears as he heard the scream again, this time sounding even more desperate. He didn’t know what the humans were hearing, but to him it sounded like the girl was in physical pain, as if actually being attacked. Did they really hate demons so much as to let something like that continue? “Can’t you just let him calm her down so she stops screaming?”
Idiot. Don’t draw attention to yourself. His dragon’s voice echoed in his mind as the blond Hunter turned a look of disgust in his direction.
“You don’t need to be concerned about them. But you can tell us what happened to Xaver.”
“She’s screaming over there and you’re going to waste time interrogating him?!” Dox’s own voice was nearing the point of hysteria. Haven could see the shadows on the edge of his cell straining, struggling to do something for him, but whatever he was trying they weren’t responding, not able to help.
Haven. Don’t.
“This is stupid. I’m not going to sit here and answer questions while she’s screaming.” Haven muttered, closing his hands into loose fists. He could feel the cold sliding down through his arms, swirling in the small space between his fingers as it spun and gained speed.
Haven! Don’t be so rash!
“Shut up.”
Alix frowned, “Who are you talking to?”
Haven!
The metal around his wrists was the first to go, cracking from the cold and sliding off his skin like thin sheets of paper. In seconds Haven was moving forward and shoving his hands hard against the two bars in front of him. At the same moment, the gathering balls of ice broke apart, the cold surging up the metal and freezing it to the core in a matter of seconds. The now weakened metal shattered like glass that danced across the floor in sparks and shards. The two Hunters were stunned and Haven used that split second to run across the floor and duck around the one with the gun. Guns took slightly longer than swords to aim and that difference was a blessing to Haven as Alix tried to recover and aim. Haven made it across the room and used a second ball of ice against the lock on the metal door, shattering it in the same way at the bars of his cell. Haven kicked it open and ducked inside as the bullets whizzed past his head, just narrowly missing.
He found the girl in the cell, curled up in the corner shaking as if she were having a seizure. Her hands were clenched around her head and she had pulled her body into the tightest ball she could make, still screaming and shaking her head back and forth, pleading with whatever she was seeing and hearing to
STOP STOP STOP PLEASE STOP.
Haven stepped toward her and knelt down, forcing his hand to not be so cold as he lightly touched her shoulder, trying to wake her up.
You stupid boy, look out!
She moved at the touch, lashing out in his direction. Her eyes never opened but her body reacted, incorporating his touch into her dream as something she didn’t want. A hand and a kick flew in his direction and Haven jumped back out of reach, watching her with wide eyes. He knew the Hunters were probably at the door watching him, aiming their weapons, ready to fire. He knew he was being stupid and would probably get himself killed, but he couldn’t believe that someone would just let her scream like this.
To think that humans claimed that his kind were the vicious ones.
Stepping forward again he grabbed Cyn and wrapped his arms around her. There was something wrong with her skin. It felt too dry, almost scaly, and Haven suddenly remembered what Dox had said earlier. The girl had a demon inside of her, one that she could lose control of if she got too worked up. As if responding to his thoughts Cyn began thrashing in his arms, her screams turning louder, the fear shifting into anger. Her voice had a rougher edge to it, an animalistic growl that sounded deadlier with each yell. Haven could feel the ground shifting through the concrete, a soft hint of a rumble brushing against the walls.
In her dreams she was calling to the roots, begging for them to rescue her from this perceived threat. Haven did the only thing he could think of. He let the cold slide through his body and into hers as he restrained her arms.
The screaming stopped and the ground stopped shaking.
For a moment Haven had the horrible thought that he’d killed her, freezing her to death with a single careless thought in an effort to stop whatever she was seeing. However, a quick look at her chest as he loosened his grip revealed her shallow breathing. She was alive, at least, but Haven had given her enough cold for her teeth to start chattering and her lips to turn a tint of blue. He’d given her too much.

Briana Lawrence –
At the age of nine, like most kids, Briana Lawrence had a dream. She wanted to be the best “WRITTER” in the whole wide world. Her fourth grade class laughed and wondered how one hoped to become a “writer” if they couldn’t even spell the word. Back then her stories were created with crayons and construction paper. As she grew older they progressed into notebooks and colored ink pens of pink, blue, and purple. When she lost her older brother, Glenn Berry, in a car accident, she stopped writing.

Dreams, however, have a funny way of coming back.

Before she realized it she was grabbing her notebook and pens again. She would write stories that ranged from high school romance to her imagination running wild with the likes of Goku, Vegeta, and the other characters of Dragonball Z. This continued throughout college where she would always end up writing about the space exploits of the pilots of Gundam Wing and other works of fan fiction. Soon she realized that she wanted to do more than that. Her head was full of ideas, full of original characters and worlds that she wanted to share with others.

Thus, she stepped into an English Major with some Women’s Studies on the side.

She graduated Iowa State University in 2006 and moved to Minneapolis with her partner. Here, she tried to get into graduate school, but things didn’t pan out the way she wanted. She ended up working retail, her dream becoming buried by Black Fridays and other busy times of year. Once again, however, that dream returned. She went from immersing herself in geeky fan fiction to actually writing about the geeky things she loved for several anime and video game review sites. However, it was her discovery of National Novel Writing Month that made her go back to creating her own characters and plots.

Now, here she is, an author in the writing world.
Jessica Walsh –
My life is a flurry of writing, art and creativity. You can usually find me reading a book, scribbling notes in a notebook for future creations, typing on a laptop with music blaring in my ears or buried in my basement watching documentaries and sitting behind a sewing machine.
I’ve been writing for as long as I can remember and have boxes of old notebooks in horrible handwriting to prove it. Only recently have I stumbled back into writing and finishing my ideas.
Seeking the Storyteller is the first novel I’ve published; with my partner in crime and life, Briana Lawrence. I also write horror, fantasy, supernatural and occasionally romance pieces which I am currently shopping around through contests and publishers.

And any other information you wish to supply?
Our main page for books, art, cosplay, and everything:  http://www.sewntogetherreflections.com/

I was fortunate to have the opportunity to ask these two lovely ladies some questions about their writing process, what they like to read, and more. Check it out!

Briana:  On top of that I have a holiday gay romance story to edit shortly through Dreamspinner press that should be released in time for Christmas.  I also have a horror short story I want to do and a possible sequel to my first book “Treat Me Kindly.”  The outline is written out already. 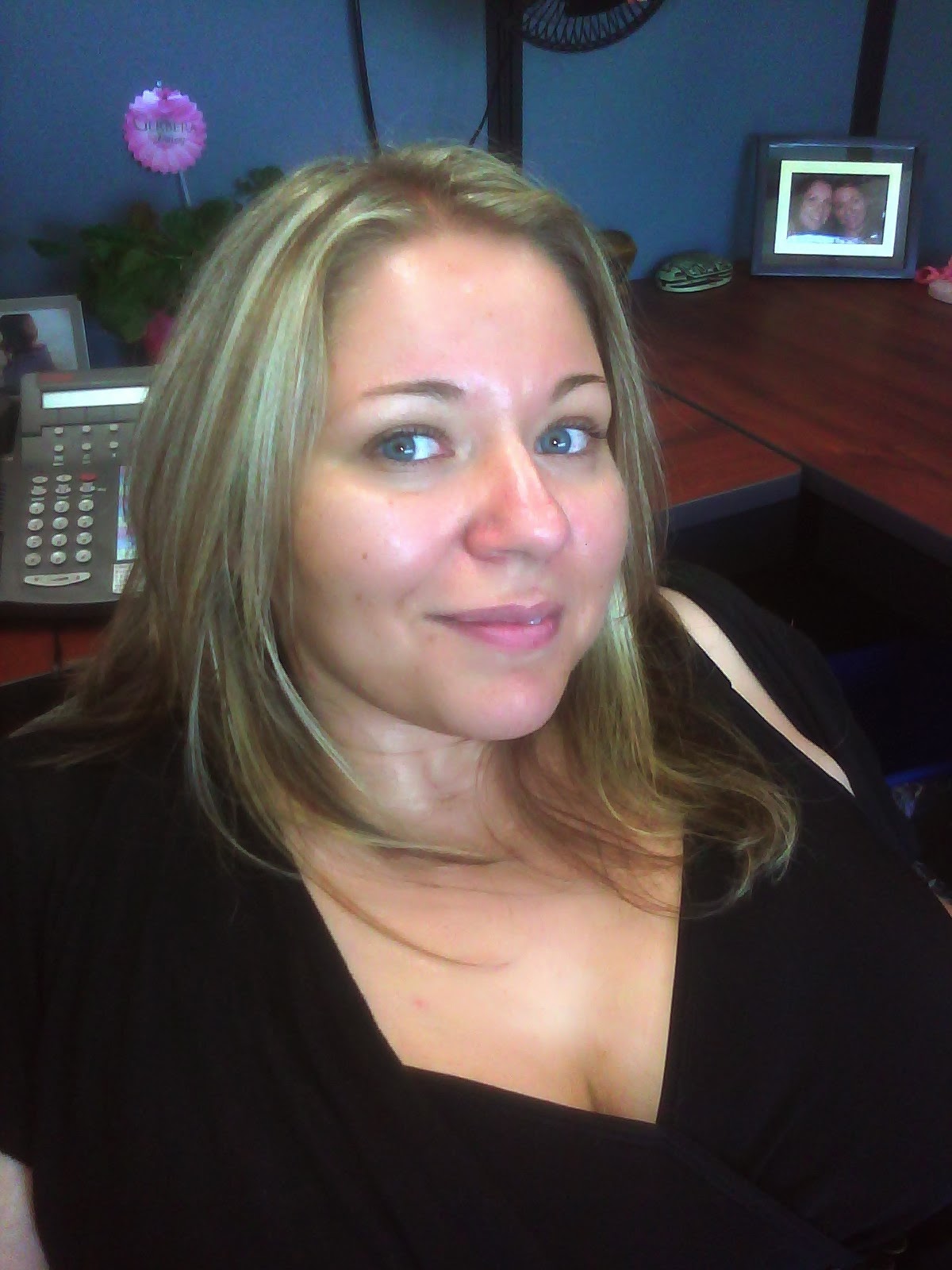